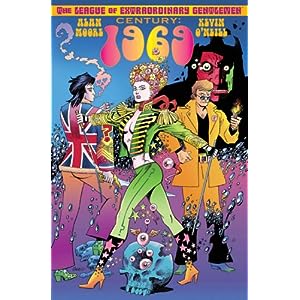 I have long loved the Sherlock Holmes stories, since I was introduced to them when I was pretty young. I was so enamoured by the stories that it played a big part in my deciding to go to UK for my tertiary studies, just so I can steal a trip down to London to visit 221B Baker Street (I was a little bit of a let-down, looking back after so many years, but it was a dream come true nonetheless).

As big a fan as I was, however, I have never yet managed to completely read the canon of stories from Doyle, despite owning multiple editions of the stories, including my absolute treasure: The Original Illustrated ‘Strand’ Sherlock Holmes, which is a compendium of all of the Sherlock Holmes stories by Doyle, reproduced with all the original illustrations from the pages of the Strand magazine as they first appeared!

I was pleased to find not to long ago that Audible held a sale and I saw The Complete Stories of Sherlock Holmes, Volumes 1 and 2 being sold at a very tempting price, and seeing that I’m getting a lot of reading done on the road, and relishing the chance to rekindle my love for the detective, I got them both.

Volume 1 consists of two novels, A Study in Scarlet and The Sign of Four, followed by a collection of short stories entitled The Adventures of Sherlock Holmes.

What can I say, aside from the fact that if you haven’t yet sampled Sherlock Holmes, what the heck are you doing reading my silly reviews than to head down to your nearest bookstore (or online store), buy the darn books and start reading? The short stories are in an easily digestible format, and leads you on to a great adventure in detection. Delightful stories that will have you thinking long after you’ve finished them. Classics such as A Scandal in Bohemia, The Adventure of the Red-Headed League, The Adventure of the Speckled Band are all here.

What struck me was the quality of the stories of those that aren’t so famous in this collection, and I’ve always wondered about the fact that some of these stories must be of variable quality to be excluded from the general mindset (unlike say Speckled Band, which I think most English readers would have heard of at one time or another being associated with Sherlock Holmes). On a whole, however, I found the stories to be more or less pretty good.

Because I’m listening to them one after another in a continuous fashion, and maybe due to a most excellent reader in Charlton Griffin, I’m picking up some very distinctive Doyle mannerisms in the stories. Sherlock Holmes has a tendency to say ‘pray continue your most interesting statement’, or some variation of this when a client starts to tell their conundrums. And the word ‘singular’ comes up in almost every story – a most ‘singular occurrence’ or most ‘singular event’. And the deductions – sometimes to my jaded mind that some of the deductions seem far fetched. But not nearly as much as the ones from the latter stories.

In all, my favourite stories from this collection include: